There are always things to think about when traveling…and sometimes this is whether I’m free or actually lonely. I don’t know why, but often while traveling I think about this.

I was in Beijing. The destination was the Forbidden City (Imperial Palace). I saw a movie when I was in my fifth year working at my company.

I don’t remember much about the movie, but the crimson court, which has an overwhelming presence, boasts a beauty that is hard to write about, and I was literally nailed to the TV. I’ve been captivated by the Forbidden City ever since. I wondered if there really did exist such vast and gorgeous buildings in this world.

However, it may be because of the beautiful and elegant melody by Ryuichi Sakamoto and the harmony of the images by the master director Beltrich. I thought I had to check with my own eyes whether it really existed.

And on this day, I could actually go and see with my own eyes. The Forbidden City was a vast and peaceful figure many times larger than I imagined. The crimson outer wall was not completely painted in crimson, and some parts of the rugged surface were visible in some places, but it reminds me of eternal history.

The season was May and the sunshine was not so strong, but it was strong enough and the people were crowded like beans in a colander. The density and activity of the crowd created heat and made the back of my backpack and T-shirt damp.

And I was almost overwhelmed by the unique hustle and bustle created by the fast-paced Chinese that made me wonder if they were angry.

Still my legs didn’t stop. Every time I walked, I felt overwhelming freedom. It may have been the exhilaration of achieving the physical purpose of seeing the Forbidden City, or it may be proof that I was fascinated by the beauty of the Forbidden City. Perhaps the act of pushing through people and sometimes pushing them away may lead to the feeling of freedom (or something similar).

It wasn’t going to rain, but the sun was blocked by thick clouds and yesterday’s heat felt like a lie. You have to go through a park to reach the tower. In the park, about 10 elderly people gathered, all wearing the same dark blue Chinese clothes.

As I was wondering what was going on, an elderly Chinese man pressed the button on his boombox and started playing the clear, high tone of an instrument.

Along with that, he started to exercise Qigong slowly. I was urged to look at it a little, but I was worried that a good place to see the view of the Forbidden City could be taken, so I gave up and proceeded. As I climbed the wooden stairs leading to the tower, I witnessed the scenery and sounds of exclamation naturally escaped from me.

Of course I knew that the Forbidden City was unified by a red outer wall and an orange roof, but from this place I could see both the expanse and the depth of the panoramic view.

The palace is a crimson fortress centered on the Taiwa-den with a symmetric square covering a large area around it. Inside the site, large and small halls and pavilions with orange roofs were lined up neatly. There is no gap in each. I thought that the Forbidden City was bright red, but when I saw it from this place, the orange tiled roof was the main colour, and the crimson outer wall and the castle wall played only supporting roles.

The orange colour was so vivid and bright that it had a golden glow depending on the amount of light and seemed soo close.

With my ear, I could hear the music playing from the old man before.

And the thick clouds that were blocking the sun were scattering away as soon as I arrived at this place and the thin blue sky was appearing making the castle walls, outer walls and tiled roofs of the Forbidden City even more vivid.

The wind was the most pleasant thing unlike the dense air that I felt at the Forbidden City the day before, this place was unobstructed. The wind was the scent of May, and it had a fresh scent of young green leaves. It touched my face, shoulders, chest, legs, and back as it wanted and while it blew through.

I had the illusion that I was an emperor who ruled a vast land. I don’t know why, but standing on that ground with these two legs and I felt alive. I was deeply and realistically aware of this very obvious fact. It was early in the morning, so there were only a few other people than me. How long have I been here? I don’t know, but when I finished the tour there were no longer the old people there.

I basically travel alone and rarely use package tours. But sometimes I can’t help it and need to go with a tour. It’s a hassle, but thanks to that you can have a forced schedule, but, on the other hand, if you have a favourite place or ruins, you can’t stay a little longer and if you don’t like it too much, you can’t finish quickly. Also, on the package tours I never go to a souvenir shop. This is why I like to travel on my own – because you can act freely.

However, some negatives of travelling alone are that I feel lonely when I eat.
Even if there is something you want to eat at a travel destination, such as a luxury store, you must enter by yourself.
Nowadays, I’m used to going alone, but when I began travelling I gave up and ate fast foods that are everywhere in the world, so I often ended up not being able to eat what I wanted to eat. When traveling most of the people are dining with others such as family, lovers, or friends. China was the one that felt the most lonely.

Chinese people often eat with their families on important days or when eating out. The family was often a large family, from the grandfather and grandmother all the way to the grandchildren. They often eat at a large table with 10 or more people. On top of that, the voices are loud and flustered. There are times when the dishes are for 2/3 people. There are many dishes I wanted to try, but when I order fried rice, one person cannot eat half of the food. The waiter was also unfriendly and this made me feel even more lonely.

I don’t know if the waiters are annoyed because only one person is eating on his own, or if they are bad mannered or because I am Japanese, but there are few things to consider here. Even if I called him, he did not come as if he was ignoring me. And even the way he placed the plate was often rude. I felt like I was marginalised, and I felt like he was saying, “Go home early.” So when I was in China, I finished eating as soon as possible and left the restaurant quickly.

After the Forbidden City, I headed to the Great Wall. Once again, I was fed up with the large number of people, but the scenery I saw here and the wind that blows through it was such a wonderful experience that I will never forget it.

It would take too long to write so I won’t, but it was as good as the Forbidden City.

Coming to China, I felt more liberty and loneliness than any other country I have ever been to.
I traveled throughout China feeling freedom and loneliness. Oxygen is inhaled from the mouth and the nose, and it is sent to the lungs and the heart without interruption, exhaling carbon dioxide.

If you like the arrticle,pls press the botton below It will be my points for the runking.
That makes me happy.Tank you! 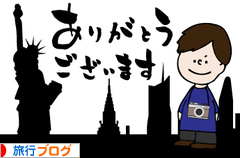 I thought the sunset was a lonely thing. I don't know why the sunset I saw in Phuket, Thailand wasn't lonely,...

The evening view of Hoi An in Vietnam made me feel nostalgic and lonely. The golden and black Chine...

When I was watching the emerald green sea from the deck, the inside of the ship started to make a noise. I wondered ...

This is the travel diary when I travel Hongkong 10years ago. I climbed towards the observation deck of Victor...

This is travel diary when I travel Hongkong ten years ago. The two-story red bus, packed with tourists, is an o...

This is travel diary when l travel Hong Kong 10 years ago. It was night time during early summer. But because of ...
タイ・プーケット旅行記ー人それぞれの幸せー
トルコ・アヤソフィア旅行記ーその瞬間にしか出会えない奇跡ー